Canada is a country located in the northern part of North America. It is divided in ten provinces and three territories that extend from the Atlantic to the Pacific and northward into the Arctic Ocean. According to its surface of 9.98 million square kilometers, it is the world's second-largest country. Its southern border with the United States, stretching some 8,891 kilometers is known as the world's longest bi-national land border. Canada's capital is Ottawa, and its most well know cities are Toronto, Montreal, and Vancouver. Canada is mostly known for its wild countryside and its indigenous inhabitants. 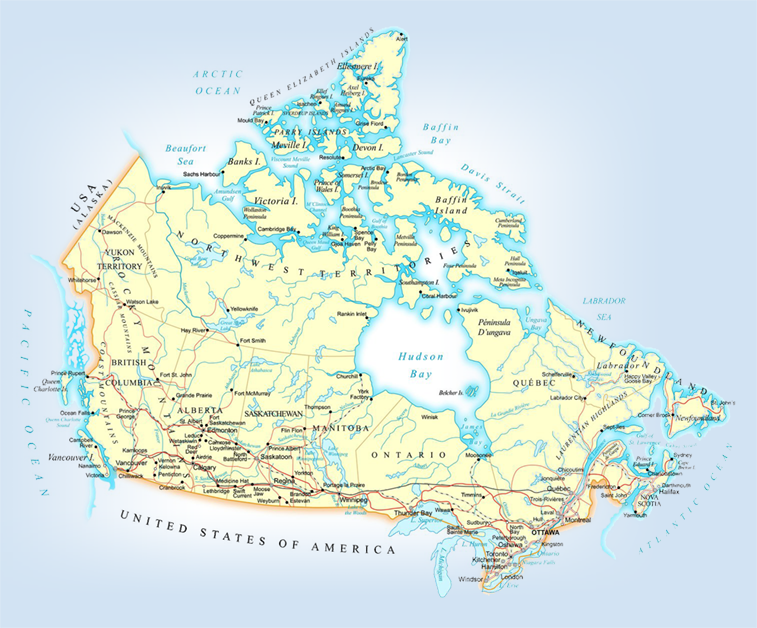